Fingerprints Upon A Failed System 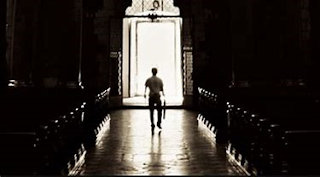 So no, I'm not too big on religion...and not very fond of politics or economics either...And why should I be?  They are the man-created trinity of terrors that ravages the earth and deceives those I care about.  What mental turmoil and anxiety does any human face that is not related to one of those three?
~Wm. Paul Young, The Shack~

I was talking to a friend this week who had grown up in the rigors of the Mormon church.  At first it was simply a discussion of the differences of their beliefs and my own.  However, it soon turned into a sort of healing session where she related the abuses she had suffered in the trappings of a man made religion.  I've listened to far too many stories such as this, from people who seemingly dabbled in religious beliefs for comfort or to look for their own answers to life's problems.   Sometimes, I will share the link to this page and I'm surprised by how much we share in common.  Now, I have written a lot of posts about the pitfalls of the organized Christian church, but I'm here to say that it's not just the Christian church where man has fallen short.  No, for the Mormon, scientology and others have fallen by the wayside in public support as well.  Now, I am not anti Christian...I am anti religious system.  There's a huge difference.  I have no issue with those who seek a belief which will guide and comfort them.  For that is how I see Christ Jesus who is in me {Galatians 2:20}.  Most people I talk to cannot seem to wrap their understanding around Jesus living amongst sin, until I tell them that sin is no longer an issue for us {Romans 6:6-11}.  In fact, the apostle Paul tells us that we should "reckon ourselves dead indeed to sin" {Romans 6:11}.  Once the roadblock of sin is removed, I can usually have a decent conversation with someone on the indwelling Christ.  I did not learn of the truth of Christ Jesus in me from a Sunday sermon or a church service.  No, it was shared with me by a dear friend of mine who desired for me to enjoy the freedom he himself had found in a personal relationship with Jesus.  It's no coincidence that he too was raised within the walls of a man made religion as well.  Perhaps that's why we both can see the freedom that a relationship with Jesus offers those who seek Him.  So, whenever I come across someone who has been deeply hurt by the religious system, I feel for them.  I feel for them because I have seen it for myself.  I have seen the church hierarchies, politics and failed relationships and understand why it is that so many people are leaving the church.  I think that we need to make the distinction that someone who leaves the church is not abandoning God, but the man created system.  Of course, for someone who leaves the church, they may come away with a distorted view of God perpetuated by the church.  I get it.  My own view of my heavenly Father did not change until I was removed from the church.  I went from seeing God as a disciplinarian to seeing Him as He truly is...a loving Father.

I don't need to punish people for sin.  Sin is it's own punishment, devouring you from the inside.  It's not my purpose to punish it; it's my joy to heal it.
~Wm. Paul Young, The Shack~

Have you ever walked into a church service and right away felt as if you didn't belong there?  That the sin burden you were carrying within you was simply far to great for God to allow you into "Gods house?"  If you've experienced this, then you and I could share some stories.  In most of the churches I've been in, there seems to be a price of admission.  That price is to punish yourself for whatever wrongs that you've done.  The mantra is that God is holy and that He simply cannot be in the presence of sinful man.  The prevailing teaching is that God is somehow disconnected and separated from the lives of His own children He loves.  So, each and every day we're told that we must make every effort to "be like Jesus."  Of course, the deck is already stacked against us so we try and fail and try again.  If you've never been on a hamster wheel, this is the next best thing to it.  Living your life chasing the perfection of Christ which you can never attain.  That is the prevailing church teaching...and it sucks.  It sucks because it distances you from your heavenly Father who loves you.  It sucks because it fails to mention that you need not strive to be like Jesus...you ARE Jesus.  Galatians 2:20 is not simply a verse I refer to often, it is at the heart of my relationship with Jesus.  I need not strive to be like Him...I AM Him.  All that Jesus is...I am.  It is He who put sin to death that my relationship with Him would be possible.  It is Jesus who became sin to make that possible {2 Corinthians 5:21}.  Jesus isn't just a story some pulpit pounder tells on a Sunday morning.  It is His desire that we and the Father would be one {John 17:22}.  We will never find freedom in the midst of a man created religious system.  What we will find there are many things that are wrong with human behavior...all disguised as being done in the name of God.  When that time comes, you will find freedom the same place that I did...in a personal relationship with Christ Jesus.

"I in them, and You in Me; that they may be made perfect in one, and that the world may know that You have sent Me, and have loved them as You have loved Me."
John 17: 23 NKJV