The Sum Of My Own Measure 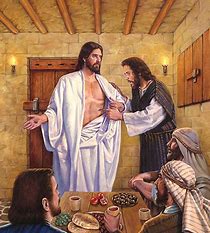 I've been following a man on the internet who posts a few videos each week mostly dedicated to "alpha male" self confidence and how to live a life of strong male attitude.  For the most part, I find these segments both informative and amusing.  So much so that I decided to reach deep and take a look at just what kind of man that I am.  Am I that alpha male that others supposedly admire?  Possibly, but I really don't think that this defines me as a man.  Sure, I carry with me more than a few of those characteristics a man will exhibit, but they really don't define who I am.  So am I straddling the fence?  Not really.  I believe that we all exhibit those characteristics and identity of that person we truly are.  Who am I?  I'm a man, yes, but I was created to be so much more than that.  Anyone who believes in God can understand where I am coming from.  However, this post is more directed to those who might not have a clue to who it is they are.  Like that guy in the internet videos, they posture themselves in the way which they want those around them to see them.  Trust me on this.  Some people call them posers , I just call them fake.  Yet, I once counted myself among this crowd before I began to see the man I truly am.  I think most people will eventually position themselves the way they want others to see them.  That's just human nature.  I will say, however, that this goes against all who we really are.  So, I am pretty confident in declaring that I am Christ.  Now, before you brand me a heretic and burn me at the stake, follow my reasoning.  The apostle Paul, in Galatians, reminds us of that person who we truly are inside.  Paul tells us that we (that is, our old nature) have died.  In its place now resides the Spirit of Christ Jesus {Galatians 2:20}.  Knowing this, I can say with complete confidence that I, Scott, am Jesus.  How much confidence would this revelation give you in your own life?  I will say that in all the alpha male man videos I've watched, never once has the name of Jesus been mentioned.  Why?  Because we seldom see Jesus from His human side.  We know that in Jesus we see God {Colossians 2:9}.  We also know that Jesus and the Father are one in the same {John 1:18}.  Does this still sound like heresy?  I thought so too, until I thought about the man I was inside.  It is impossible for me to carry ANY physical attributes that are not a part of Christ Jesus.  For I am all that He is.  This is the man I am.  In those instances of indecision, I can be assured that I walk with the confidence of Christ.  In those moments of self doubt, He has promised that I walk as Him.  This is who I am.

For I am persuaded that neither death nor life, nor angels nor principalities nor powers, nor things present nor things to come, nor height nor depth, nor any other created thing, shall be able to separate us from the love of God which is in Christ Jesus our Lord.
Romans 8: 38 - 39 NKJV

Some time ago I noticed a interesting thing.  Whenever I tried to be someone I wasn't I often found myself talking to myself.  However, whenever I just allowed myself to simply be that person who I was, it seemed that others around me would gravitate to me.  I found this difficult to deal with, since I'm not what most people would call a typical man.  This is the idea of a man which was more prevalent in my dads generation.  You take without asking, never show emotion and say whatever you like regardless of the consequences.  This is that alpha dog male we've all heard about.  Hey, maybe mister internet video was onto something after all.  Not that I really believe that, but it's possible.  So, if I follow this blueprint of how to be a man I will be adored by many?  Again, I don't buy it.  I've already proved to myself that by simply being the man that I know I am that others will notice it.  After all, it's not me who they are seeing, but Christ who is in me.  Have you ever found yourself confused by following a God you can't see?  Me too.  In fact, there is nobody who has ever seen God except for one...Jesus.  The scriptures tell us of the doubts which the disciple Thomas had after the resurrection of Jesus {John 20:25}.  Thomas had most certainly watched as his teacher hung and died on that Roman cross.  To him, Jesus was dead.  Then came the day when he heard what should have been the most blessed news of his life..."We have seen the Lord!"  What did Thomas do?  He refused to believe unless he saw it with his own eyes.  We've all been there.  Well, Jesus answered those doubts of his disciple by appearing before him.  Only then did Thomas proclaim the obvious..."My Lord and my God!"  I don't need proof to tell me the obvious.  I don't need the affirmation of others to tell me the man that I am.  Above all, I don't need a internet video to show me who it is that I am.

The other disciples therefore said to him, "we have seen the Lord."  So he said to them, "unless I see in His hands the print of the nails, and out my finger into the print of the nails, and put my hand into His side, I will not believe."  And after eight days His disciples were once again inside, and Thomas with them.  Jesus came, the doors being shut, and stood in the midst, and said, "peace to you!"  Then He said to Thomas, "Reach your finger here, and look at my hands; and reach your hand here, and put it into my side.  Do not be unbelieving, but believing."  And Thomas answered and said to Him, "My Lord and my God!"
John 20: 25 - 28 NKJV